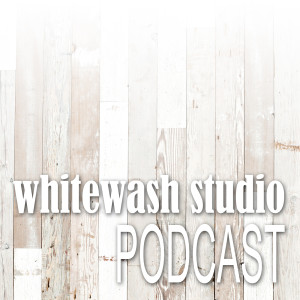 WHAT ARE THE CHALLENGES AND ADVANTAGES OF A SHIPPING CONTAINER HOME

Just to be sure you’re familiar with what these are, they are the rectangular metal boxes that are usually 40 feet long some are 58 feet long and usually 8 feet tall. They are stacked on cargo ships and carried overseas to transport goods to China and back, well from China usually. You usually see them being carried down interstates on the backs of tractor-trailers. When they’re off loaded from the ships they’re placed on trailers and trucked from there to wherever the final destination is.

Because of the unusually large amount of goods that we import from countries like China, we have an excess of shipping containers here in the United States. So it makes sense that there’s a huge amount of them available for some alternative uses.

If we were to send the containers back to China to pick up more goods we would actually be sending empty containers back. Sadly it would cost more money to send them back empty than it would be to make new ones. So it only makes sense that because of the abundance the shipyards are reselling these containers into a different market.

And the cool thing is there’s a lot of uses for these containers other than shipping. Because of the fact that a lot of the containers have only been used once to ship in one direction many of them are actually still in really good shape.

Don’t get me wrong there are plenty that are in rough shape built in the 70’s. Of course those are the ones that the shipyards would like to sell off first. So if you are purchasing one make sure that you confirm what your are getting before you purchase.

One thing that makes these so interesting and appealing to people, is the fact that the structure is built into the container. The way they are built is they have a metal tube frame that wraps around the entire rectangular cube to provide load bearing strength and corrugated metal sides which provide the resistance to sheer which is a lateral force.

A lateral force is something like a force caused by wind. The wind would push latterly on the face of the building and you the structure would need to be able to resist that. So what’s the advantage to having structure this kind.

Well these containers are ideal for stacking so you can take them and stack them on top of each other with very little effort and the erection time of the project is cut down tremendously.

They’re made for stacking on ships while carrying a tremendous amount of weight, so naturally they stack on top of each other very well when only using a few. The only difference is that when you’re using them for a house you don’t want them to be separated so you have to join the spaces by cutting holes into the containers top, sides and floor in some cases. Each time you cut a hole you weaken the overall strength of the container and have to add back some reinforcing.

So if you’ve ever seen images of a shipping container house you’ll note that they look very distinct. It’s pretty obvious that it’s been built out of metal boxes. It’s kind of like it’s part of the design statement that’s being made. Although I do believe that you could, with a little extra effort, you could add some detail the exterior that would hide the fact that it was a shipping container house but you’d be adding cost to the project that you may not find necessary.

I found an article written on April 29 by Rory Scott. The article discusses some of the challenges involved with this new method of building and they asked several builders and designers around the world that have worked on these type home what the major challenges were.

They gave some quick tips on what they would’ve done differently had they known.

The first tip was make sure you see the containers you’re buying. Like I mentioned earlier they come in a bunch of different levels of if care. Some of them are really beat up and some can be in good shape, so he wants to make sure that you understand what you’re getting when you order the shipping containers.

If you are in an area of the country where they have these container yards you can actually go to the shipping yard and pick them out. Of course they are all stacked so they might get pissed if you ask for the one on the bottom.

The next tip from this article was about understanding your local rules and requirements. A lot of people see some awesome images of homes on Internet and decide that is what they want to do.

Many Don’t understand that that particular construction or method of construction might not be allowed in a particular part of the country either because of code reasons, climate, or any other kind of regulation that might be required in your area. You want to make sure that you understand other local rules that also are involved with the shipping container house.

The fourth tip was find a contractor that can do it all. The entire house build and interior finishing.

I believe this is the case with every project not just a container house. The reason is you want to make sure you have at least one consistent person through the entire project.

Otherwise everyone is pointing fingers to the other guy saying they made mistakes that are affecting their work.

You need to have that continuity of one person from the beginning to the end of the project. That one person can make sure everyone stays accountable to each other.

I mentioned earlier that they are 8 feet tall but there are some that are taller than 8 feet if you are looking for more height to your space.

8 feet in house actually feels rather low if you’ve got an expansive space. To not be restricted by the 8 feet could be something very positive for your house if you’re planning on doing this kind of construction. Of course you could always stack two and cut out the floor and ceiling to make it one volume.

When it comes to cost of the shipping container house, a lot of people assume that because the containers are being recycled that the overall construction is going to be super cheap.

So you stacked these things up and you are done. But this really is not the case.

The cost to construct these homes are very similar to a stick built house when all is said and done.

And the reason is the complexity of finishing out the spaces as well as joining and connecting the spaces, insulating and water proofing the structure. Your planning on living inside a structure that was not really made to be lived in.

You are also dealing with metal framing since all of these are made with sheet metal. All the traditional interior materials have to be attached to something and they can’t just be attached to the sheet metal because every hole would make a puncture in your exterior skin.

You end up having to add furring strips to the wall that are most likely metal then spray foam insulating the walls shaving them down flush with the channels and then applying your interior finish like gypsum board, wood or whatever.

Each of the furring channels would most likely be welded to the exterior wall. That adds a trade to the job that is not typically involve in residential construction adding cost. If it’s a union labor state your in get ready for some high hourly rates.

Another thing to consider is how you’re running around all your electrical and plumbing piping. Because of the metal walls and frame and furring out your cutting through metal with each penetration which makes it a little more difficult. If a mistake is made it is very difficult to repair.

And the last tip that they had in this article is they said that the homeowner did not expect the amount of wind on the site and now they’re having to screen the wind with vegetation since the container makes a bit of noise when their are large gust of wind. I’m not sure what could be done differently to help resolve this.

The thicker the furring and more insulation used the better the sound insulation would be. The metal walls are pretty thin so you really need to increase that density if you want to eliminate the noise.

So a lot of this episode has covered the topics related to the challenges of building with containers. I wanted now to talk about some of the advantages.

* Eco Friendly
If your concerned with environmental issues then you can appreciate the fact that these are pretty eco friendly. You are using something that would otherwise not be used. The container could be melted back down and recycled but the amount of energy required to do that would be quite a bit. That’s something to consider.

* Durability
Like I mentioned earlier these containers are practically indestructible even in the harshest of conditions, so they make for a very durable structural framework.

* Speed of Construction
Because much of the assembly has been completed as far as the framework they are extremely fast to erect. Increasing the speed of construction at least the initial stages.

* Portability can be built and finished off site then brought in and finished.
The last advantage I wanted to mention is the fact that the interior could be finished off site. The entire house could be built offsite then moved to the location or site. If you have a site that is either difficult to access or too remote to make traditional construction difficult.

So this might give you something to think about if you’re considering this type of home the shipping container home. There are a lot of advantages to it and I think it makes a really unique and interesting home if you can push through some of the challenges.

If you’re expecting to build a very inexpensive yet nice home with a shipping container then you might end up being disappointed because the level of detail that will have to go into the interior.

The interior construction will most likely offset the savings you get on purchasing the structure pre-made.